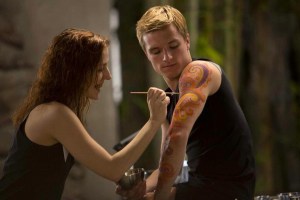 M  egan Hayes is an award-winning actor and writer.  She graduated with honors in Acting from NYU’s Tisch School of the Arts, where she also began writing and performing her own work.  While in a playwriting class, she wrote the first act of her full-length play, Opelika, a comedy about life in small town Alabama, and her teacher encouraged her to finish it.

Shortly after September 11th, Megan returned to her hometown of Atlanta to continue her stage career.  She acted in several theatres around town, most notably as Annie Sullivan in The Miracle Worker at the Alliance Theatre.  In 2006 she began her on-camera career.  Hayes wrote and performed for Fark TV  on Superdeluxe for Turner Studios.  A webseries that parodied the news, Fark TV released 3 to 5 topical episodes a week at a break neck speed.  During Fark TV’s  two-year run, Hayes created several memorable characters, including a smoking Nuncop who solved Vatican crimes.

Megan continued her writing education by taking classes at Second City and Emory University.  She also taught acting and writing at theatres and schools in the Metro Atlanta area.

In 2009 she took a break from performing and became a full-time teacher at a private school.  There she taught Drama and playwriting to Middle School students.  After her year sabbatical, she returned to acting and was cast in several world premiere plays in Atlanta.  Meanwhile, her on-camera career began taking off as she booked several commercials and television shows, including HBO’s Eastbound & Down and The Restless Bell on Adult Swim.

The Aurora Theatre commissioned Hayes to write an interactive play for Middle Schoolers on the subject of bullying.   Unnecessary Monsters won the Suzi award (the Atlanta Tony) for Best Production for Theatre for Young Audiences. Hayes was also accepted into the Columbia University’s MFA Film program with a focus on screenwriting, but was unable to attend because she was cast as the Morphling in The Hunger Games: Catching Fire.

In the fall of 2013, Hayes moved to Los Angeles to further her acting and writing career.  Since moving, she has been cast in films and shows such as Sleepy Hollow, Halt and Catch Fire and this summer’s Max Steel.   She takes writing and Improv classes at Upright Citizens Brigade in LA.

Her writing can currently be seen in action on the webseries Bless Yer Heart, a show that explores the sub-pockets of humanity in the South. 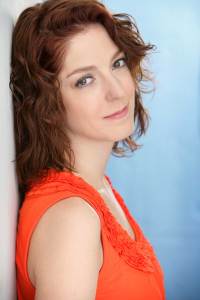 Since moving to LA, Hayes has begun a storytelling circuit.  She has performed for podcasts and shows such as Risk!, Eat Your Words and That’s What She Said Improv.  Hayes bravely tells stories about her abusive/religious upbringing, and speaks about the unspeakable with vulnerability, authenticity and humor.

Megan’s complex role in “Hunger Games” was a lynchpin for the plot, and shows Megan’s range and depth in character development. Her character in the movie was a former Victor of the games, who had fallen into drugs to deal with pressure from the responsibility of winning. She ultimately sacrificed herself to save the heroine’s life.

Before Hunger Games, Megan had several other film credits like the role of Bonnie in the thriller film “+1”, directed by Dennis Iliadis in 2013.

She also had a scene in “What to Expect When You’re Expecting.” directed by Kirk Jones, Starring Cameron Diaz, Elizabeth Banks, Jennifer Lopez, Dennis Quaid, and Chris Rock.

No stranger to the small screen Hayes has made a mark on a magnitude of projects as well.

She has had several other roles on TV like episodes on BET’s “The Game”, and “Second Generation Wayans” directed by Marlon Wayans. 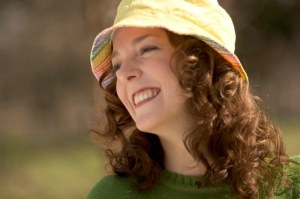 Megan has been a “go to” actress for the producers of Tyler Perry’s TV Projects on TBS. She has been brought in twice to work with that team for roles on “Tyler Perry’s: For Better or For Worse”, and “Tyler Perry’s: Meet The Browns”

Hayes on-stage credits are countless. Being no stranger to the stage she has worked at just about every Theatre in Atlanta, Georgia. Gracing the stages of Alliance, Horizon, Atlanta Lyric, Georgia Shakespeare, and Jewish Theatre of the South to name a few. At Alliance Theatre, Megan played the role of Anne Sullivan in The Miracle Worker which was directed by Rosemary Newcott.

She understudied the Role of Margo in Alliance’s world-premiere production of Carapace which was directed by two-time Tony Award winner Judith Ivey. 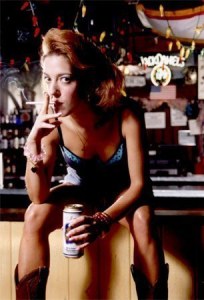 Her full-length play Opelika received two sold out runs in New York. The first was with Southern Belle Productions and the second was with Third Eye Repertory.

She is currently working on a TV pilot with comedian Sherri Sutton, remembered for her opening act performance for Rosanne Barr.

Megan is a minister's daughter.